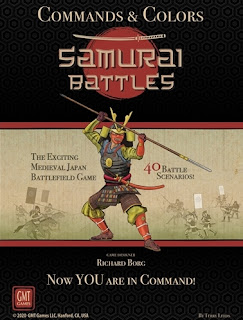 I received my copy of Commands & Colors: Samurai Battles a week ago as part of the GMT PS500 program. Got Bayonets & Tomahawks, too!

I've been a fan of the game system since the Ancients version was released. It's card-driven, but it feels like DBA to me (remember I consider that high praise), in scale and unit treatments, with the addition of rules for attrition. I have all of the Ancients supplements, plus Medieval and Red Alert (the "space combat" variant).

Of course I am converting the games to miniatures. My plan has been to use 4" hexes and 15mm miniatures mounted on 40mm wide bases for Ancients, and that may still continue to happen, but I am also now considering using 54/60mm models for at least my "favorite historical conflict," the Punic Wars. Not intuitive, I know; we lose the "mass effect" with fewer, bigger models representing each unit. I can still use 4" hexes, like I have been doing for 15mm figures, and use one model to represent each "block" in the game, so most Ancients units will consist of 3 or 4 models. Might even be able to use some of the same hex terrain for both scales with some careful planning.

Why go this route? The main driver is I have never been totally satisfied with any of the 15mm or 28mm Republican Roman models I've encountered. I really like the John Jenkins Designs models for both accuracy (I know, right?) and drama. The Gauls are stunning.

Then, one must determine in what "world" the models will live and fight, and playability is key. These models tend to be top-heavy, so either they need wider bases for added stability on uneven terrain, or the terrain needs to be very flat and even. My French & Indian War terrain and basing is a good example of the former.

Since I am more interested in playing large battles than skirmishes, terrain can be less detailed and more abstract. . . and flat. That means the bases of the models won't need to be enlarged. One thing I do want is magnetic bases, so the models will stay put in their traveling boxes. After a bit of experimentation, I found a self-adhesive magnetic tape that can be cut to the silhouette of the base edge of the model. The tape is only 1mm thick, so with a bit of paint and flocking after the fact, it won't even be noticed, and the base will visually blend with the terrain. How strong is the magnetic effect? I applied to a "left-over" French Regular as a test and he can crawl right up a metal cabinet like Spider-Man! 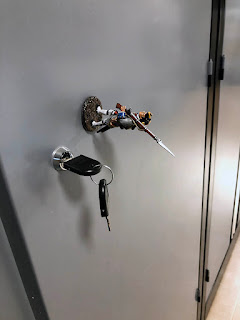 Basing potentially solved; on to the terrain. How flat is flat? Can't be boring. . . and we still need to represent hills. Can't have slopes, though, for the above-mentioned reasons, and for the same reasons the "tops" of the hills have to be flat.

Years ago I purchased a quantity of GHQ Terrain Maker foam hexes; I hauled some out and started making terrain. The goal was a "scrubby" Mediterranean look. I started with a sandy brown latex house paint; literally sandy as I mixed sand into the paint. This texture hides the surface look of the foam itself. I then followed that up with 3 different colors of fine green flock, held in place with sprayed coatings of diluted white glue. Multiple, soaking coats is key. The foam hexes come in 4 different "heights," providing instant flat hills. 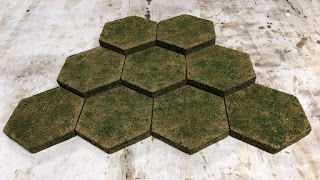 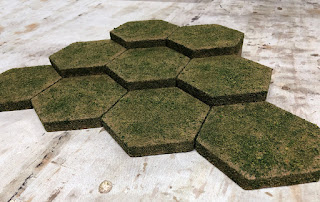 Some other special, easily recognized terrains are needed, too. Woods, for example. I can do Woods. Again, playability is important, so I opted for a single large tree in the center of the hex that would leave enough room for the models. For the hex base I started with the same dark brown latex house paint color I use for the French & Indian War bases and layered on some brighter green flocks and "leaf litter." Here are some Woods and Clear hexes next to each other - and not every Woods hex has to have a tree. 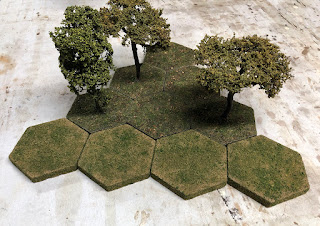 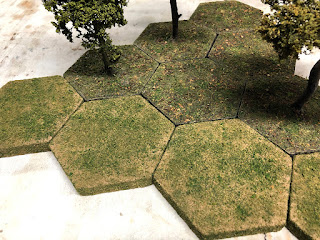 Can't forget about the Rough/Rocky ground. I mixed a little paper mache into the latex paint and layered on some fine gravel with a little less green flock. Goal is still as flat as possible, but the look should be "rocky." A helpful feature of the foam hex is that you can actually press any high spots down into the foam after the glue dries and spray on another layer of glue. 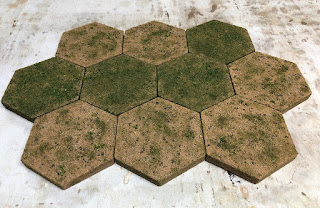 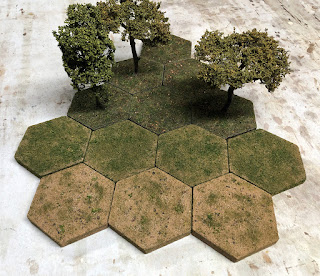 I haven't attempted any water features yet but have a pretty good idea of how I will handle them. Here's how the terrain looks with Roman legionaries on the advance. 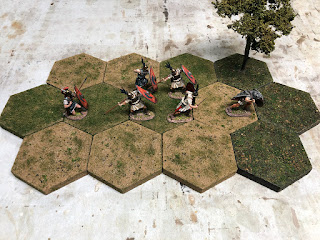 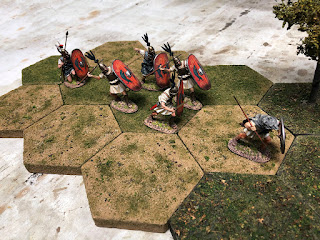 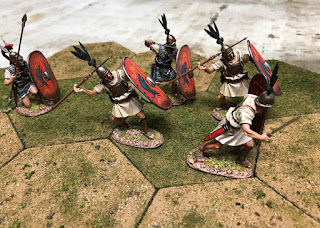 A little paint and flock and the bases of the models will blend right in to the terrain. I'm sure it won't surprise you to learn I have a "house rule" or two in playtest mode. And I will still be able to skirmish since the models are individually based. "Short" distance for SAGA at this scale just happens to be the width of a 4" hex. . .