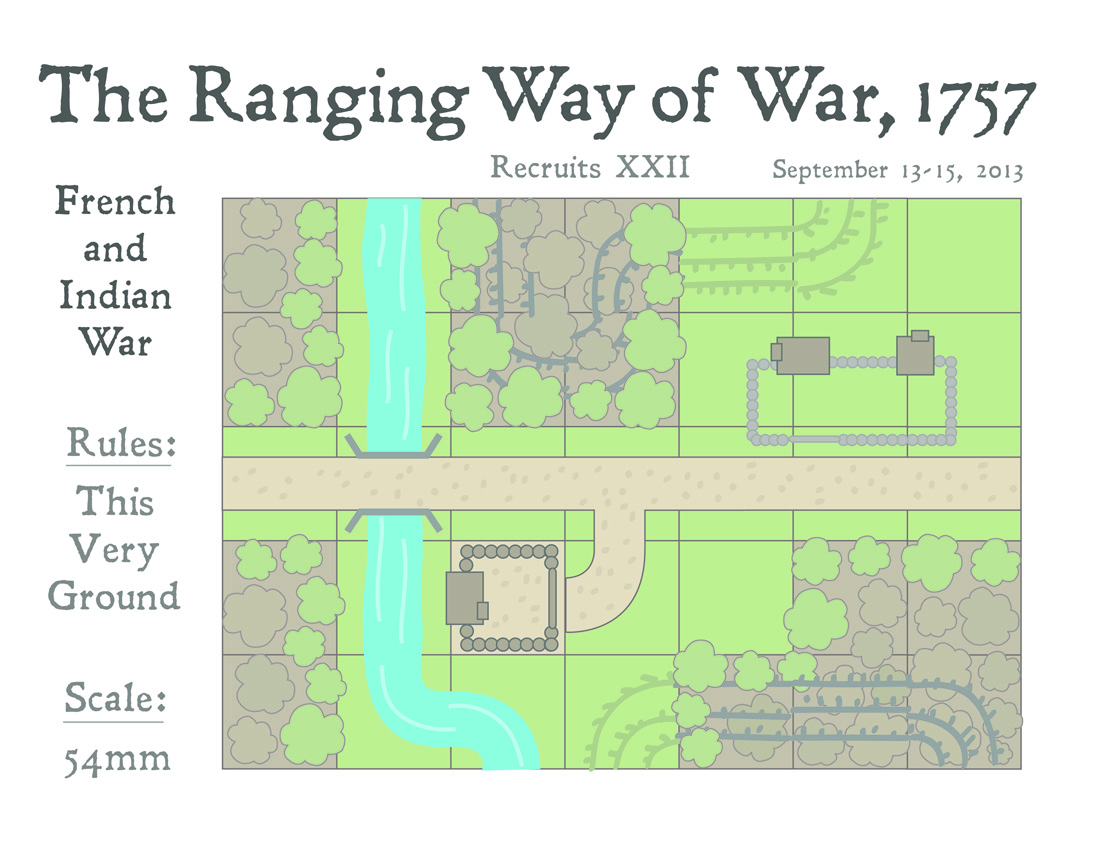 I don't have time for a big new project now so have decided to run a simple frontier raid scenario for the upcoming Recruits in September. Scale map of the terrain to be fought over is shown; simple description is:


It's 1757 on the frontier between the North American colonies of Great Britain and Nouvelle France. Will you join with the French and their Indian Allies as they terrorize the British settlements on the edge of the wilderness, or will you join the Colonial Militia to defend the Colonies, with the support of the Regulars provided by good King George? This game will be played in "Glorious 54mm Scale" and at least one session will feature the brand new Horse & Musket variant of "Fistful of Lead,” guest-hosted by the author himself.

We'll play with This Very Ground with the caveat that if The Baron can free himself from his ongoing domestic duties for a game we may get a look at the new Horse & Musket variant for his "Fistful of Lead" western gunfight rules.

Hope to see ya at Recruits in September!
Posted by Cluck Amok at 11:00 PM 3 comments: