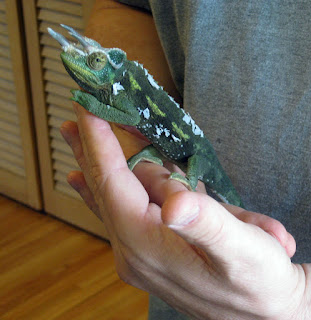 Well, sorta. . . Jack's been with us 3 months now. Here's a photo of the green machine out of his habitat on cleaning day. Pardon the stray flakes of skin; he's at the end of his second complete molting.

Yup, he's growing. Check out the following photo of his first day home for comparison. The hands are the same; Jack's bigger : ) 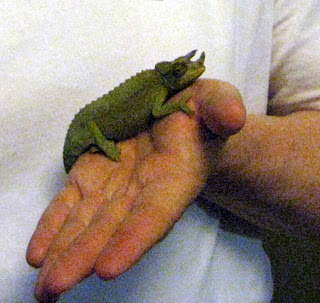 All this to distract you from the fact I don't have any more completed soldiers to show. . . though I have been painting blue Languedoc waistcoats red for La Sarre and adding Sergeant's braid and Corporal's stripes to justacorps. Stay tuned. 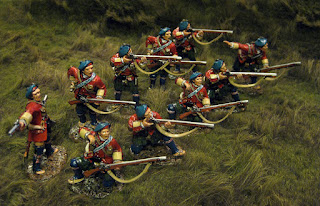 The French respond with two 6-pounder cannons with full complement of artillerymen. 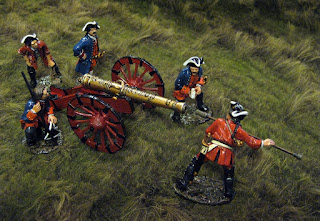 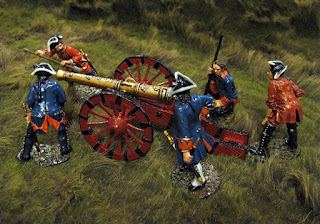 Can you hear the tramp of French Regulars in the distance? 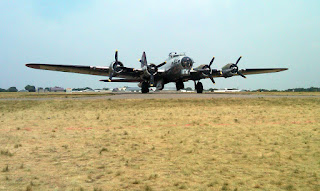 Every time the local Air Show comes to town - whatever town I'm living in at the time - I find some excuse not to go. Not this year. I slipped out for a couple of hours on Sunday afternoon to the Flying Cloud Airport in Eden Prairie, Minnesota, to peruse some fine World War Two flying machines. I missed getting in on the last flight of the day on a B-17, but sure was glad I wasn't tempted to pay the $500.00 ticket fee! 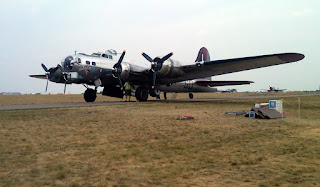 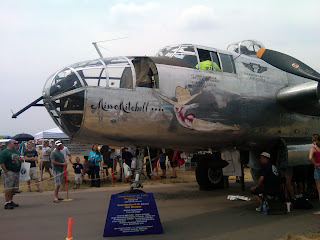 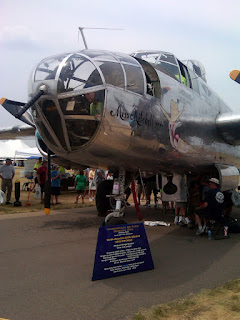 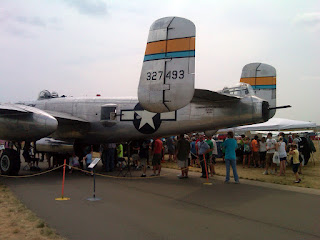 Check out the Avenger, too. 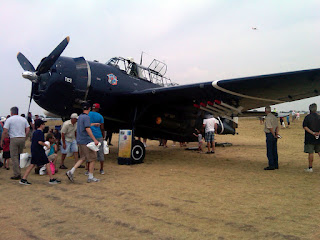 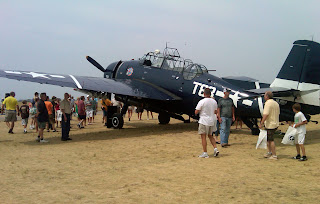 The Regulars are Coming! 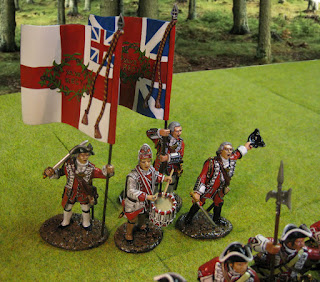 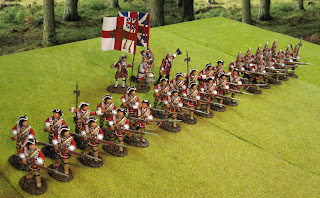 Highlanders and French Artillery up next. 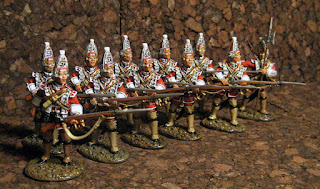 Last week I completed a "company" of Grenadiers of the 47th Foot in preparation for Recruits XX. Two companies of Line Regulars will follow and the 30 soldiers will then represent the 47th Battalion at the Battle of Quebec.

I had to repaint two of the soldiers in order to have a Sergeant and a Corporal for this company. The Corporal is on the far left of the front row and the Sergeant on the far right in the photo above. Following is a photo showing the two soldiers with the originals of the 44th Battalion so you can see better what has been repainted. Note that the yellow facings on the coats and hats were changed to white, and the "linen" waistcoats and breeches provided to the 44th for the Monogahela campaign were painted red instead with white trim and lace.