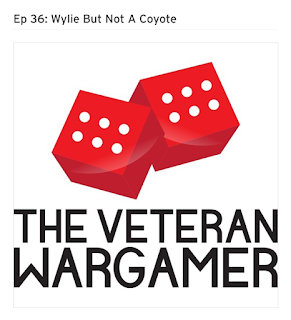 BaronVonJ was recently featured in a podcast by The Veteran Wargamer. You can check it out here. You will learn about The Baron and his game development company, Wiley Games, and even more about his flagship skirmish rules, Fistful of Lead.

And if you make it to the last ten minutes of the podcast, you'll hear a shout-out to yours truly. Thanks, Baron! 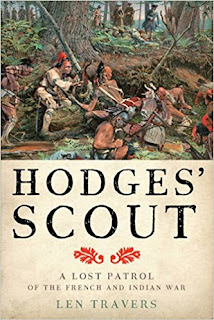 And so we return to our regularly-scheduled programming. . .

In September 1756, fifty American soldiers set off on a routine reconnaissance near Lake George, determined to safeguard the upper reaches of the New York colony. Caught in a devastating ambush by French and native warriors, only a handful of colonials made it back alive. Toward the end of the French and Indian War, another group of survivors, long feared dead, returned home, having endured years of grim captivity among the native and French inhabitants of Canada.


Pieced together from archival records, period correspondence, and official reports, Hodges’ Scout relates the riveting tale of young colonists who were tragically caught up in a war they barely understood. Len Travers brings history to life by describing the variety of motives that led men to enlist in the campaign and the methods and means they used to do battle. He also reveals what the soldiers wore, the illnesses they experienced, the terror and confusion of combat, and the bitter hardships of captivity in alien lands. His remarkable research brings human experiences alive, giving us a rare, full-color view of the French and Indian War―the first true world war.

Mr. Travers accounts for nearly every member of the 50-man company ambushed on that September day more than 250 years ago. The stories of Indian captivity endured were harrowing, but I had no idea that there was a system of virtual slavery in place in Canada for captured Anglo soldiers. Many of them were shipped overseas and exchanged for French POW's held in England, so ended up thousands of miles from home with little means and even less hope of returning to America.

Staying with the F&IW theme, here is a recent release from John Jenkins Designs, "Little Julie." 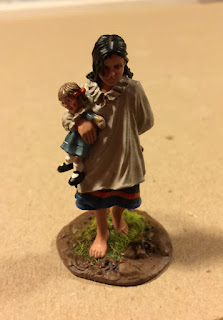 A pretty little girl. . . but something doesn't seem quite right. . . 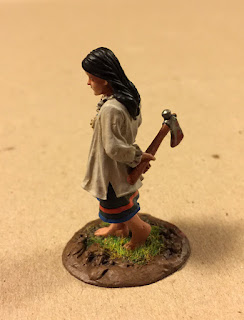 Ahhh. . . little Julie has lived on the frontier all her life and knows how to handle those pesky War Parties. . .